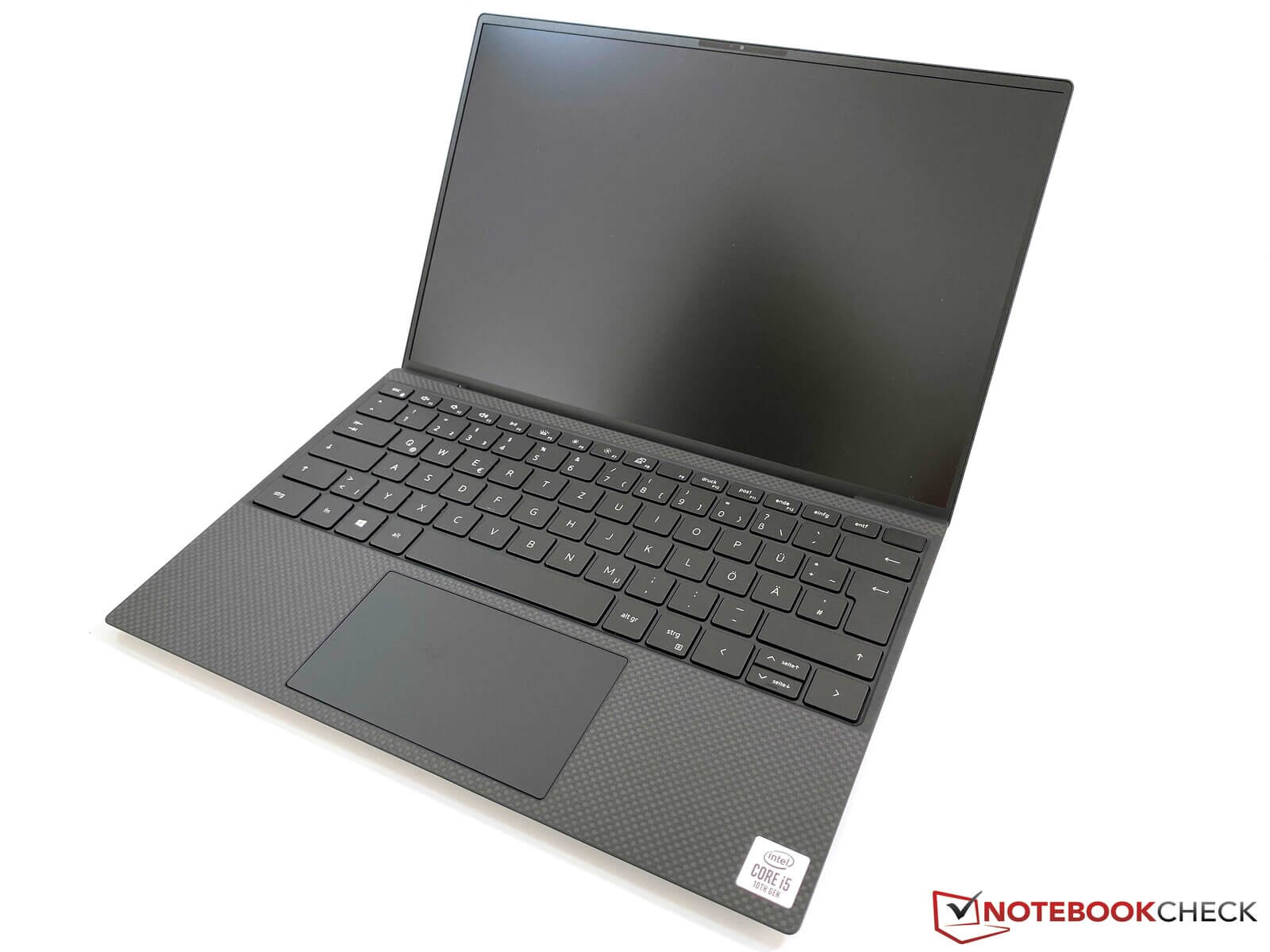 We have the entry-level configuration of the brand new Dell XPS 13 9300 in the editorial office. The highlight of the new model is the return to a 16:10 display, but the processor performance has deteriorated compared to the predecessor.

After the XPS 13 9380 comes the XPS 13 9300. It is the first major redesign of the XPS 13 in several years. The basic design language has not changed, but the new housing has again become more compact. This can be seen particularly from the almost borderless keyboard and the extremely narrow screen edges of the new 13.4-inch display with the aspect ratio of 16:10. Our test device is the entry-level version for 1,499 euros. There is a current Ice Lake Core i5 processor, 8 GB RAM, 512 GB SSD storage and a matt FHD + panel. We have ordered the model regularly in the German online shop from Dell; it is not a specially selected press device.

Display – XPS 13 with matt FHD + panel
In the basic version, Dell uses a matt 13.4-inch display with a resolution of 1,920 x 1,200 pixels. Alternatively, the panel is also available with a touchscreen or a 4K display with touch function. The Sharp display convinced in the first measurements, because the advertised brightness of 500 nits is clearly surpassed at all measuring points. Overall, the subjective image impression is very good, and even bright areas do not appear grainy.

Regardless of the driver setting, the brightness is reduced somewhat in battery mode (528 cd / m² in the middle), we will still check whether there is a corresponding setting in the BIOS. We also notice that the mouse pointer traces a track behind it (ghosting), which suggests relatively slow response times. We will of course also check that in the final test.

Processor: Intel Ice Lake Core i5
There are only two processors in the German Dell shop, both of which come from Intel’s current Ice Lake generation. In addition to the Core i5-1035G1, the Core i7-1065G7 is optionally available. Our Core i5 reaches a maximum of 3.6 GHz or 3.3 GHz when loaded by all four cores. The Core i5 also offers sufficient performance for normal applications, so the i7 is not really necessary.

With flat laptops in particular, it is always exciting to see how well the performance of the processor can be used. Dell sets the PowerLimits for the processor to 46 watts (short-term) or 25 watts (permanent). During the first tests, we noticed that the manufacturer accepts very high chip temperatures, but the fan remains relatively quiet at the same time. Below we have the results of our Cinebench R15 loop that repeats the multi-test 25 times.

To lower the temperatures, the output is reduced. The TDP limit is now 15 watts, which is still sufficient for 4x 1.8-1.9 GHz. In the next 20 minutes of the test, the laptop tries to increase the performance every now and then, but in the end the TDP is quite stable at 15 watts. The surface temperatures now level off at a maximum of 43 ° C.

We basically know these fluctuations from the predecessors, but the new XPS 13 9300 has to clearly defeat both the XPS 13 9380 and the XPS 13 7390 in the CPU benchmarks. This is a disappointing result for the new XPS 13. At the same time, the fan noise is very quiet, so Dell seems to be focusing on a quiet system.